A 25-year veteran of non-profit management, Jim McDuffie previously served in a variety of leadership roles for The Nature Conservancy’s programs in Florida, North Carolina and Maryland/DC. His tenure with the organization also included fellowships in Palau, where he consulted with the Palau International Coral Reef Center in Koror, and in Australia, where he collaborated with multiple conservation partners across the Asia-Pacific region on strategies for building financially viable organizations. A native of North Carolina, Jim grew up in the longleaf pine forests of the Sandhills, where from an early age he enjoyed hunting, fishing and other outdoor pursuits. He added fly-fishing to those passions 20 years ago, beginning with trips out West and ultimately leading to the saltwater flats of Florida. Jim received the BA and MA degrees from the University of North Carolina at Chapel Hill. He serves on the boards of the Florida Ocean Alliance and Now or Neverglades coalition as well as on the Policy Council of the Theodore Roosevelt Conservation Partnership. 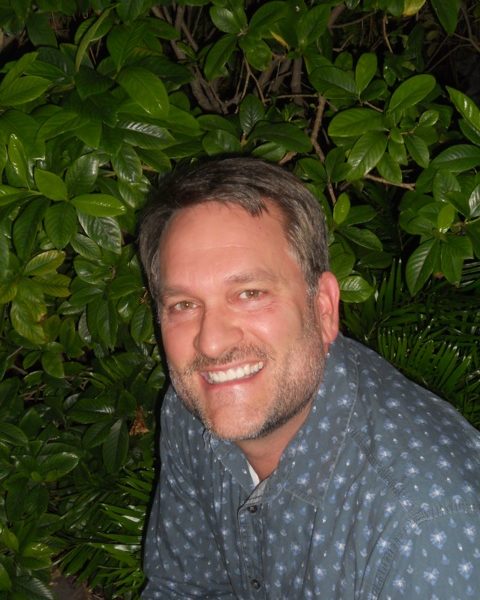 Aaron received a bachelor’s degree from St. Mary’s College in Maryland, a Master’s degree from the College of William and Mary, and a Ph.D. from the University of Massachusetts Boston, and also holds a Coast Guard Captain’s License. He has lived, worked, and fished on both coasts of the US, and in the Caribbean, where he has been conducting fish research for more than 25 years. His pursuit of effective fish and habitat conservation are rooted in his years growing up near Chesapeake Bay, where he witnessed the decline of the Bay’s habitats and fisheries.

As Director of Science and Conservation, Aaron is responsible for formulating, overseeing, and implementing BTT’s science and conservation plan, and applying scientific findings to conservation and management via interactions with resource management agencies and other non-governmental organizations. Aaron has been an author or co-author on more than 70 peer-reviewed scientific publications, has authored three books, and contributed chapters to four books. In addition to his scientific focus, he spends considerable effort translating fish science into angler’s terms.

Aaron has been an avid angler since the age of five, and was even known to skip school in pursuit of fish. Also at a young age, the why and how of fish and their habitats became a passion. The career of fish conservation scientist is a perfect combination of these passions. You can see his scientific publications on his Researchgate page: https://www.researchgate.net/profile/Aaron_Adams 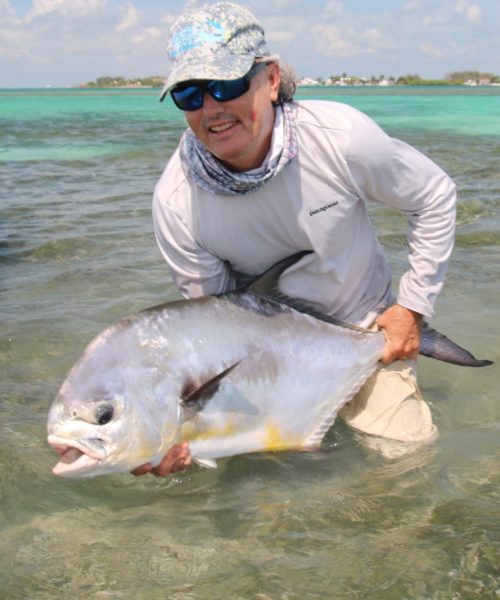 Nick was born in Palo Alto, California, but grew up in North Carolina, where he earned a BA in English from Duke University and an MFA in Creative Writing from the University of North Carolina at Wilmington. Before joining the BTT staff in the summer of 2016, Nick spent six years working as a fly-fishing guide and freelance writer in Asheville, NC. He has had the opportunity to fish in some unforgettable places, including Belize, Patagonia, Italy, and Paraguay. His articles about fly-fishing and conservation have appeared in a number of publications, including Field & Stream, American Angler, and The Drake, and online at Patagonia and the Theodore Roosevelt Conservation Partnership. 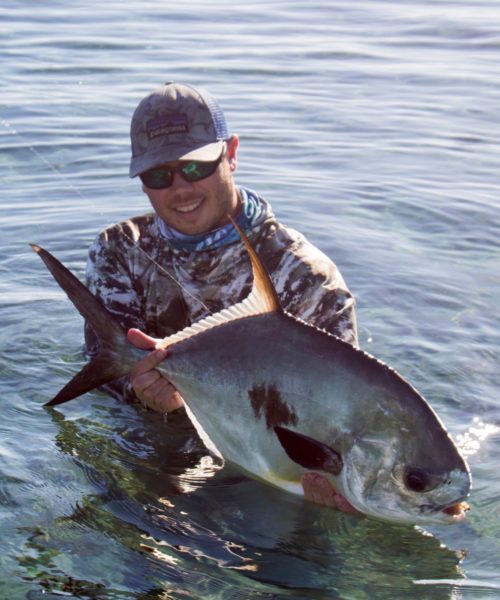 Mark caught his first bonefish when he was nine years old, and has been pursuing all types of finned, feathered, and furred species ever since. He is a graduate from Elon University with degrees in Strategic Communications and Video Production.  After college, he spent a year working for an outfitter in Alaska before following his dream of a cross country road trip fishing from Alaska’s Kenai Peninsula to Key West. Since then, he returned home to the DC area working as a Legislative Assistant at Capitol Hill Consulting Group, a lobbying firm on Capitol Hill.  Mark is thankful to have gotten an early start in fishing through his parents, and hopes to preserve the world’s most exciting game fish for his future children.

As the Director of Development, Mark is in charge of all BTT’s fundraising events.  He manages the various aspects of events including committees, event details, program and auctions, and makes sure that everyone gets the most out of any BTT function.  He also assists on the many different initiatives at BTT. If you have any questions regarding any events feel free to email Mark. 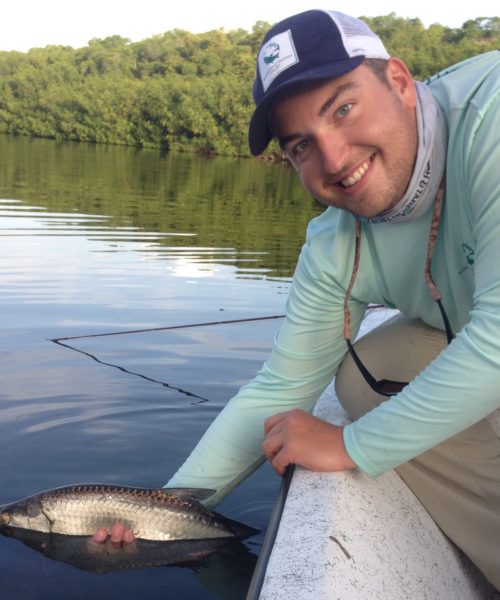 A graduate of the University of Miami, Scott is a Miami native whose family owned and operated Pinewood Acres School in Kendall for 60 years. He is an avid fisherman and hunter who started fishing at the age of four. Growing up, he and his father traveled frequently to the Caribbean and Keys chasing bonefish, tarpon and permit on fly. Snook fishing in the Ten Thousand Islands is one of his favorite pastimes. As a member of the BTT staff, Scott is committed to helping the organization conserve the flats fishery for future generations of anglers. 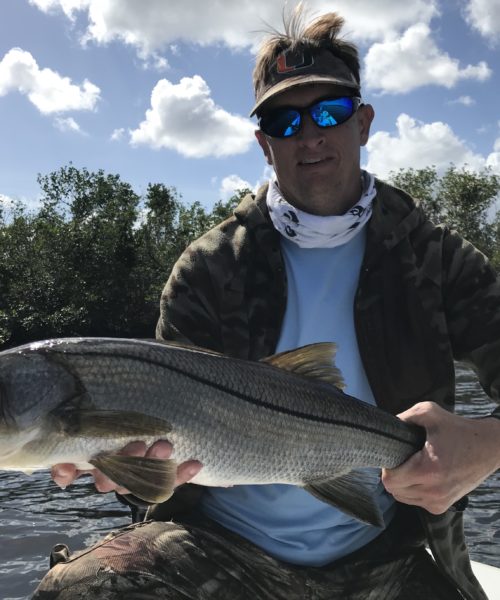 Ross is a second generation South Floridian. He grew up fishing for tarpon and snook out of Everglades City. Ross earned his Masters and Doctoral degrees at Florida International University, studying how weather events, such as hurricanes, droughts, and extreme cold events, impact sportfishes in Florida Bay and Everglades National Park. After his schooling, he worked for Florida Fish and Wild Conservation Commission, researching fish movements and migrations, and applying that information to conservation actions.

Based in Marathon, Ross spends most of his time in the Keys, either conducting BTT science, or working with anglers, and management agencies to turn BTT science into meaningful management and regulatory changes that improve our Keys fishery. 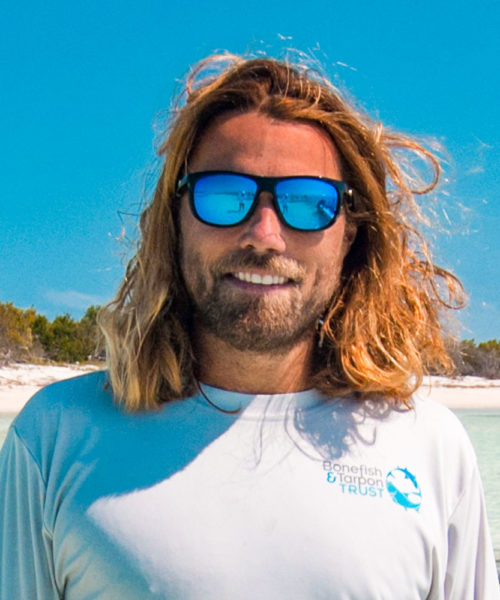 JoEllen was born with an obsession for all things saltwater related – especially fishing.  She made her boating debut at 5-days-old and had a rod in her hand by the time she could walk.  JoEllen grew up fishing Charlotte Harbor with her family which soon influenced family vacations to Australia, Belize, Costa Rica and an annual Keys trip – with the intermittent snowboard trip out west.  Her fascination for fishing and guidance from her father ultimately led to a career in marine science. JoEllen held a position with Florida’s management agency (FWC) and spent time in the field volunteering with FWC and Mote Marine Laboratory.  After receiving her Bachelor’s Degree from Florida Gulf Coast University, JoEllen was hired as BTT’s first membership administrator and research assistant.  She completed her Master’s Degree in Fisheries and Aquatic Sciences at University of Florida (Go Gators!) where her research focused on Juvenile Tarpon Habitat Use.  A self-proclaimed “aquaholic”, JoEllen spends her free time fishing Charlotte Harbor with her husband and their daughter, Massey Marlin. 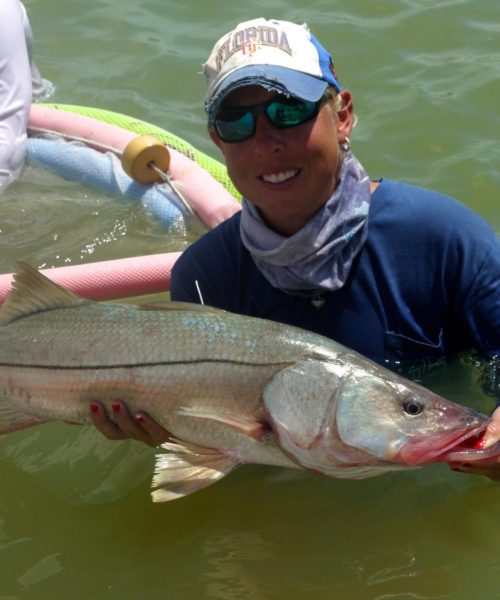 Justin is a Bahamian native from Freeport, Grand Bahama. Being raised on the island around the water, his passion for fishing and the ocean started from a very young age. He first started fly fishing off the beach near his family home for whatever could swim. From there, he evolved into a passionate flats angler and conservationist, with a particular fondness for bonefish. Justin attended St. Francis Xavier University on the East coast of Canada where he received a BA in Aquatic Resources with Public Policy and Social Research. During his undergraduate studies, he took part in a variety of conservation efforts including the Bahamas bonefish tagging program and juvenile bonefish research. After he completed his undergraduate degree, Justin went the University of York in England where he completed an MSc in Marine Environmental Management.

With BTT conservation efforts expanding throughout the Islands of the Bahamas, it was apparent that someone was needed in the Bahamas full time. Justin is now the Bahamas Initiative Coordinator, and is in charge of leading conservation efforts, such as tagging and habitat restoration. He will also be charged with maintaining and forging new relationships with the many lodges and guides around the islands that depend on the health of the bonefish fishery for their livelihood. 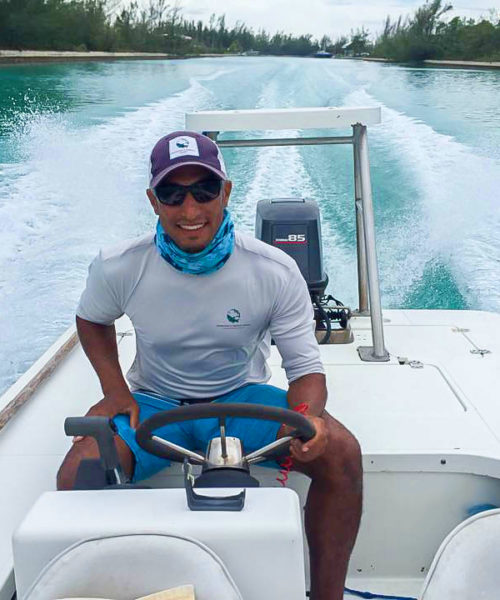 As the Belize-Mexico Program Coordinator, Addiel leads BTT’s conservation efforts in the region. BTT’s approach in Belize and Mexico focuses on the social, cultural, economic, and ecological connections that must be understood to ensure a healthy flats fishery for the future.

Addiel joined BTT in 2019 after completing his Ph.D. on bonefish movements and pre-spawning site identification in southern Mexico and northern Belize, where he was born in the small fishing community of Sarteneja. His experience in the lobster and conch fisheries with his father during his early years set the stage for his life goal: contribute to the sustainability of fisheries resources while improving the lives of those who reside in coastal communities.

Addiel’s integration into conservation and management began in 1997, when he volunteered and trained with many local and international researchers that collaborated with non-government organizations such as Program for Belize, Belize Audubon Society, and Coastal Zone Authority and Institute. After earning an associate degree in Marine Science, followed by a bachelor’s degree in Biology, he worked for a year in the Mesoamerican Barrier Reef System Project before becoming manager of the South Water Caye Marine Reserve in 2006. Addiel went on to earn an interdisciplinary master’s degree in Natural Resources and Rural Development with a focus on Management in Mexico. While working on his master’s, he characterized the recreational-sport fishing of Belize using a Mixed-Methods Approach. He also used this approach in combination with tagging to understand bonefish movements and identify pre-spawning sites during his Ph.D. studies. Click here to access Dr. Perez’s ResearchGate page. 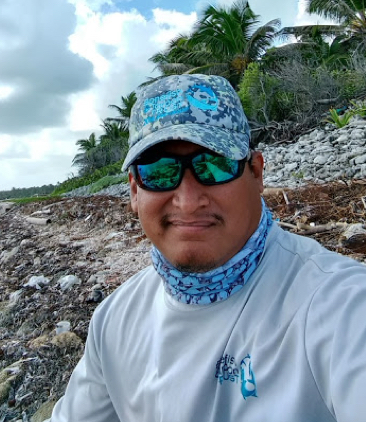 Born in Pensacola, Florida, Nick grew up in Monroeville, Alabama. He spent his childhood chasing fish, deer, and everything in between throughout South Alabama and the Florida Panhandle. He caught his first bonefish on fly at fifteen and has been hooked ever since.

Nick is a graduate of the University of Alabama and the College of Charleston (MBA). His work experience includes software, barbeque, and various jobs within the outdoor industry. He is excited to join BTT and help grow the footprint of BTT’s membership. He enjoys cooking, snow skiing, and adventures with his Australian Shepherd, Omar. 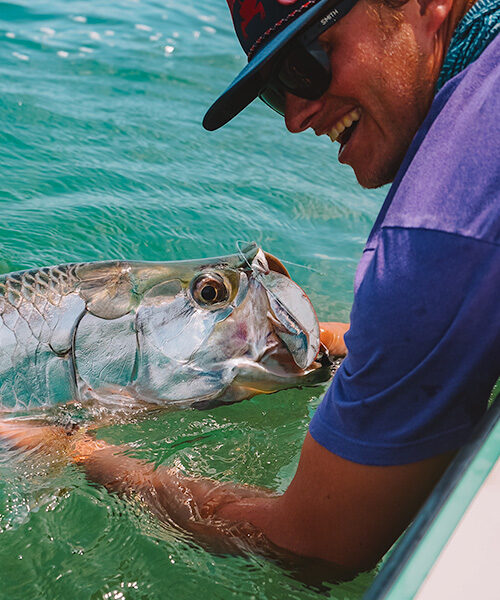 Aubrie studied Journalism and German at Indiana University in Bloomington, IN and worked as a News Reporter and later Anchor for a local CBS affiliate in Lewiston, Idaho before moving into the non-profit world 8 years ago. Aubrie served as President of the University of Miami affiliated non-profit, Beaux Arts, last year and remains on their Board of Directors. Today, she is BTT’s Development and Events Coordinator.

An avid photographer and nature lover, Aubrie’s favorite place to fish is in Sanibel, Florida. 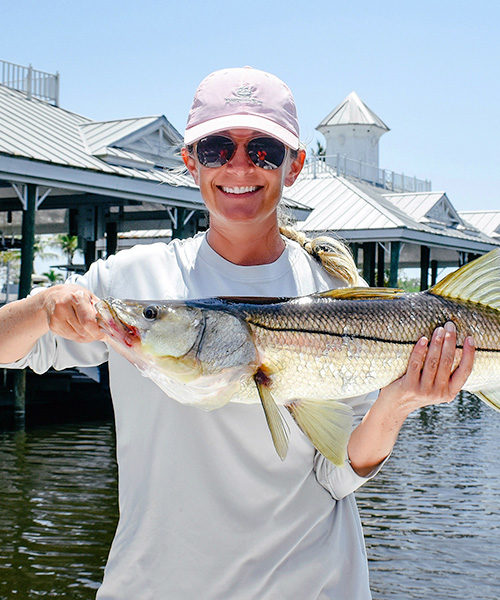 Miranda is an undergraduate at the University of North Carolina at Chapel Hill, where she’s majoring in Environmental Sustainability and French Language and Literature. She decided at a young age to study the environment upon learning about plastic pollution in the world’s oceans and has done research in ocean plastic mitigation beginning with her International Baccalaureate Senior Thesis. At UNC, she is an executive member of the Environmental Honors Society, with which she has worked on projects to increase campus biodiversity, clean up plastic in the surrounding areas and raise money for various environmental organizations. Before coming to BTT, Miranda interned with the North Carolina Public Interest Research Group as a Sustainability Intern and led a campaign to encourage local business owners to phase single-use plastics out of their circulation.

Having grown up near the North Carolina coast, Miranda has always loved the ocean and has spent time snorkeling, paddle boarding and swimming in many areas along the East Coast, in the Bahamas and in the Caribbean. 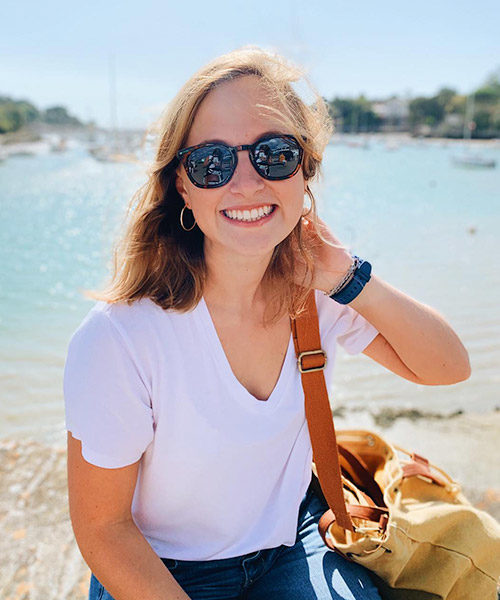