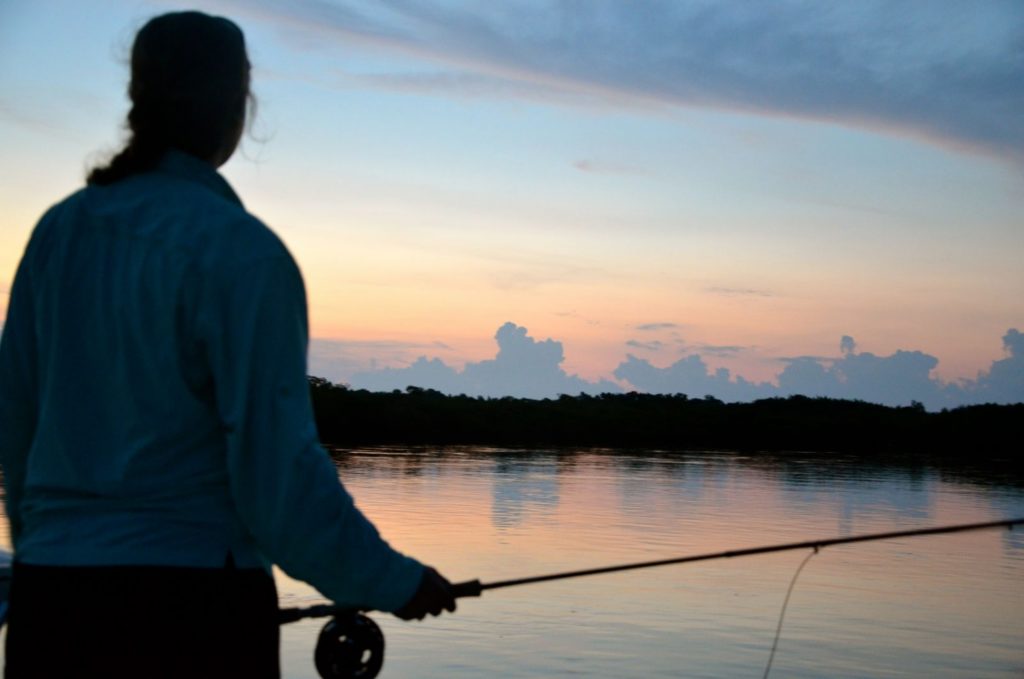 The Florida Keys are the birthplace of flats fishing. Since the sport’s inception dating back to the 1940s, more world records for tarpon, bonefish and permit have been caught in the shallow waters of the Florida Keys than everywhere else in the world combined. Unfortunately, habitat loss and deteriorating water quality in the Keys, and harvest of flats species in areas outside of the Keys that are connected to our Keys fishery, have resulted in declines of bonefish, tarpon, and permit populations.

BTT launched the Florida Keys Initiative to restore the Florida Keys flats fishery to its world-class status. To achieve this goal, we follow a step-wise and science-based approach to obtain information necessary to create a recovery plan: we identify the special places and habitats that support our flats fishery; prioritize the threats those fish and habitats face; and we work through advocacy, education and conservation to alleviate those threats on the fish and the habitats that support them.

Our science-based approach is multi-faceted; this includes genetics studies that revealed that a percentage of our Keys bonefish are spawned Belize, Mexico, and southwest Cuba. Motivated by this discovery, we established a long-term conservation hub in the Yucatán Peninsula to reduce commercial harvest and protect the habitats that support the international parents of our Keys bonefish, and we are active in Cuba as well. We also rely on fish tracking: our Tarpon Acoustic Tagging Project has successfully tagged and tracked 200 tarpon. We learned that our Florida Keys tarpon regularly migrate north to states including Georgia, South Carolina, and North Carolina, where we worked to make tarpon catch-and-release only.

In the Florida Keys, our Project Permit, sponsored by COSTA, showed that permit begin spawning in April, a month before the closed harvest spawning protection season of May-July. Empowered by BTT science, the Florida Fish and Wildlife Conservation Commission (FWC), extended the closed harvest season for permit to include the month of April. Subsequent studies also found that more than one-third of hooked permit at spawning sites were lost to shark predation, indicating that catch-and-release fishing at spawning sites during the spawning season is not sustainable. The results of these studies informed FWC’s decision in February 2021 to enact an April – July no-fishing closure at Western Dry Rocks, an important spawning site for flats permit. BTT has since invested $600,000 in a monitoring program at Western Dry Rocks and three other critical permit spawning sites in the Lower Florida Keys over the next three years. The project will ensure that FWC has sufficient data for evaluating the effectiveness of the April-July permit spawning season closure enacted last year.

BTT scientists in the Florida Keys are also utilizing the latest technology and the historical knowledge of veteran guides to locate important bonefish spawning sites. Finding these nearshore areas where bonefish school by the thousands before migrating offshore to spawn in deep water is the vital first step toward conserving them. In recent years, the Florida Keys bonefish fishery has made a comeback, and a number of Keys guides have reported seeing schools of bonefish in nearshore waters that might be PSAs. BTT is using acoustic telemetry and drones to home in on these possible spawning sites identified by local guides, some of whom first observed likely bonefish PSAs in Keys waters decades ago. This renewed search builds upon BTT’s previous work with guides and anglers in the Keys and the Bahamas to decipher the life cycle of bonefish, their habitat use, movement patterns, and spawning behavior.