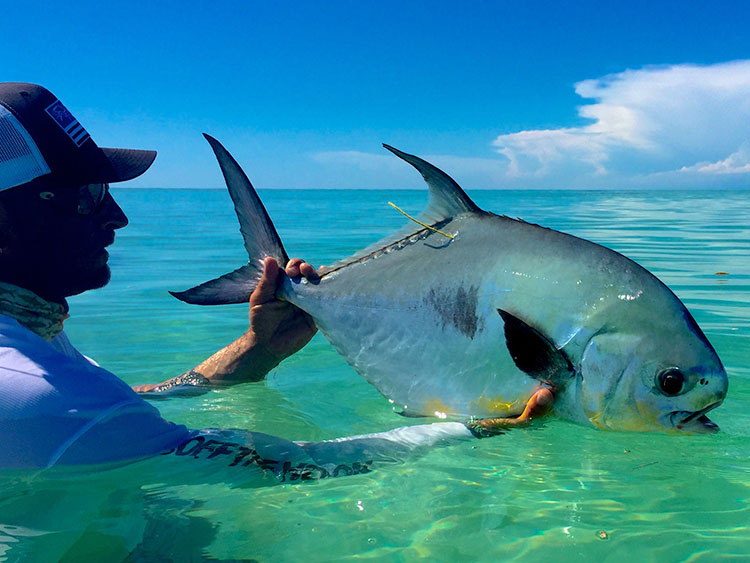 Catching a permit on fly is arguably the most challenging and rewarding endeavor in fishing. Though these fish are found throughout the Caribbean, the Florida Keys is the epicenter for catching trophy permit. With 33 of the 36 fly caught world records occurring in Florida Keys waters, the Florida Keys permit fishery is truly special and iconic. In partnership with Costa Del Mar, the Lower Keys Guides Association, and the March Merkin, Project Permit seeks to conserve and restore the Keys’ iconic permit fishery. This critical work is done by protecting the habitats that support permit and by providing data necessary to improve fisheries regulations and water quality.

A PATHWAY FOR PERMIT tells the story of the collaborative efforts of Bonefish & Tarpon Trust, COSTA, and fishing guides to conserve and protect the Florida Keys’ iconic permit fishery, and provide the information resource managers need to better manage the fishery.

Project Permit began in 2011. This is the same year that the Florida Fish and Wildlife Conservation Commission created the Special Permit Zone, which encompasses the Florida Keys and Biscayne Bay, and has stricter permit regulations than the rest of Florida. The SPZ was created in response to public workshops that revealed a declining permit fishery in the Florida Keys. The initial goal of the project was to determine if the SPZ was large enough – do permit remain in the Keys, or do they migrate out of the SPZ? The project began as a dart-tagging study, relying on scientists and guides to tag fish and record recaptures, providing data on movement and habitat use. More than 1,000 permit were dart-tagged, and results showed that only a couple of Keys permit were recaptured outside of the Keys. The SPZ is large enough to protect the Keys fishery. (Dart-tagging for Project Permit was also done for a brief period in Belize and Mexico, and this effort is now restarting.)

The next step in Project Permit was to understand permit movements and habitat use within the Florida Keys, information that would contribute to better management. In this study, more than 150 permit were outfitted with acoustic tags that enabled scientists to track permit movements. One of the most important findings of this project, which occurred from 2013-2019, was that nearly 70 percent of Lower Keys flats permit migrate to Western Dry Rocks (WDR) to spawn. And research at WDR showed that more than 30 percent of permit hooked during catch-and-release fishing at this important spawning site were eaten by sharks before they could be landed. This information was important in FWC’s decision to create a spawning season no-fishing closure at WDR from April through July.

FWC is requiring updates on regulation effectiveness at three, five, and seven years, with a sunset clause at seven years if the seasonal no-fishing closure is not meeting expectations. To ensure that FWC has sufficient data for evaluating the effectiveness of the closure, BTT launched in 2022 a monitoring program at WDR and three other critical permit spawning sites in the Lower Florida Keys over the next three years. BTT scientists expect that the spawning season closure will have positive impacts on the behavior of permit at WDR, resulting in more relaxed schooling behaviors and enabling spawning fish to remain at the site longer. BTT will work with collaborators from previous permit research projects to test these predictions by comparing data collected at WDR with data from three other known permit spawning locations where fishing is still allowed.

The three-year monitoring program will utilize acoustic telemetry, sonar technology and laser-mount underwater cameras to monitor permit spawning behaviors, estimate permit abundance, and estimate permit size. The program will also employ methods previously used at WDR to determine rates of depredation at spawning locations that are still fished. BTT will determine at the end of three years if additional monitoring will be conducted.

As we look back on what we have accomplished through Project Permit with the help of guides, anglers, and the support of Costa, there is much to celebrate. We know more now about this awe-inspiring species than ever before and have taken significant steps to protect it for generations of anglers to come. Yet there is still more work to be done. The full protection of spawning permit is required if we are to conserve the species to the degree that it deserves.

Thanks to Our Sponsor(s) 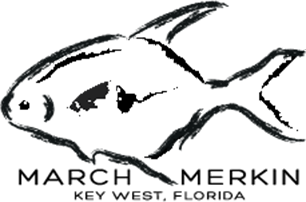