Although catch & release fishing is a valuable conservation tool that can lead to more and bigger fish in the fishery, just because a fish swims away doesn’t mean that it lives to be caught another day. The tips below for increasing the chances that a released fish survives are based on scientific research focused on experimental angling for bonefish. Be a responsible angler – use Best Practices for Bonefish Catch & Release. 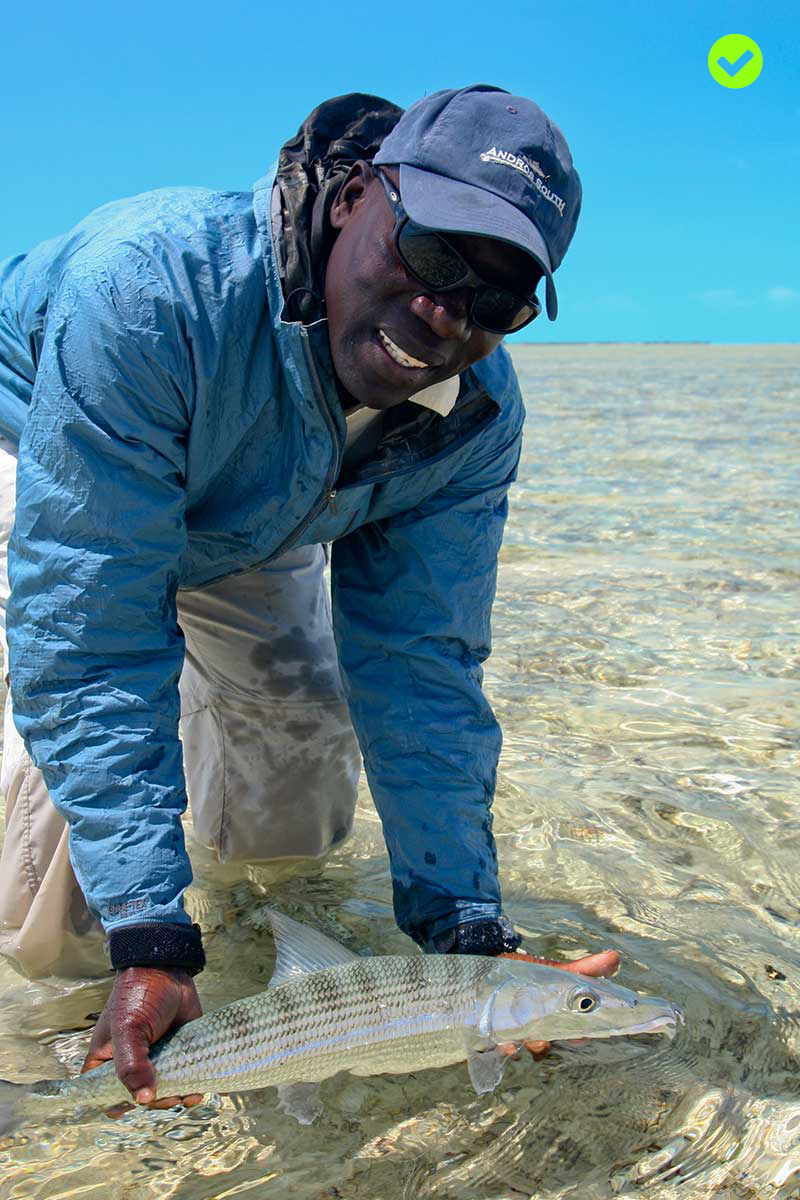 Minimize handling all fish; slime and scales can be easily damaged and removed with excessive handling, thereby greatly increasing risks of infection. In addition, Recent research has shown that mechanical lip gripping devices can cause damage to mouth tissue if the bonefish struggles, so their use is best avoided. 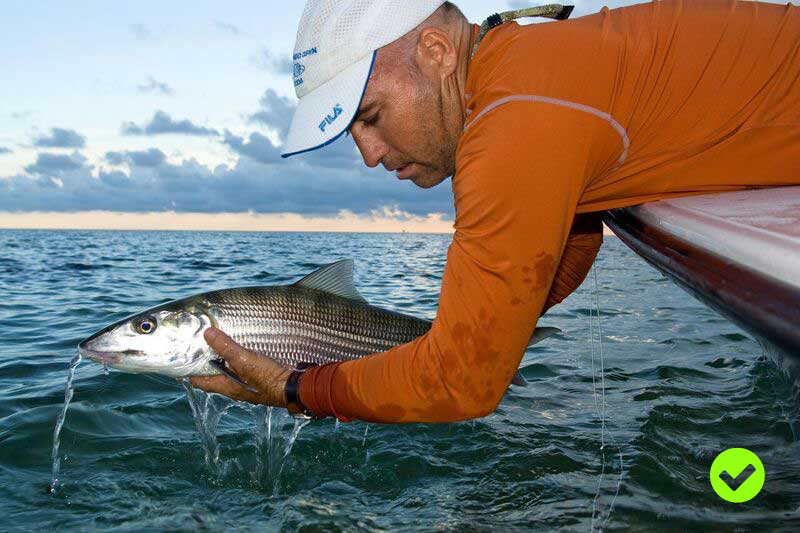 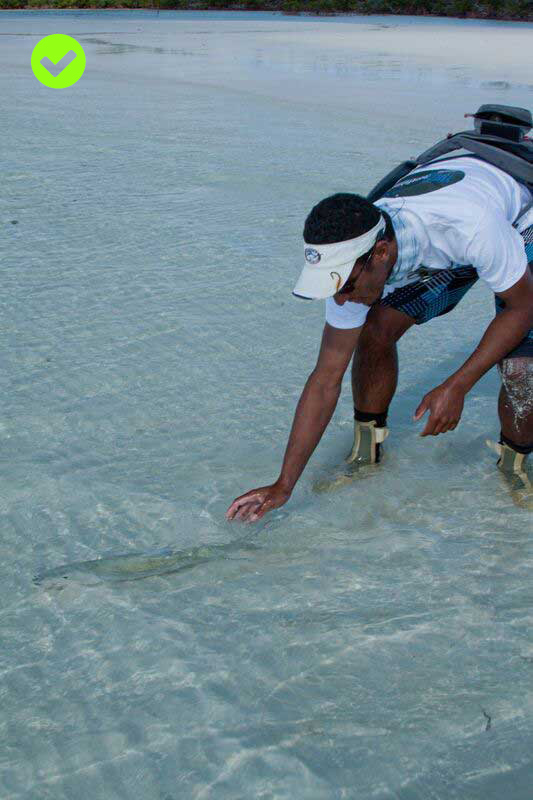 The survival of released bonefish decreases severely when predators such as sharks and barracudas are abundant because these predators often attack a bonefish soon after it is released. In fact, fish that lose equilibrium after release are six times more likely to be attacked by predators.