Habitat is the Future of Florida Fisheries 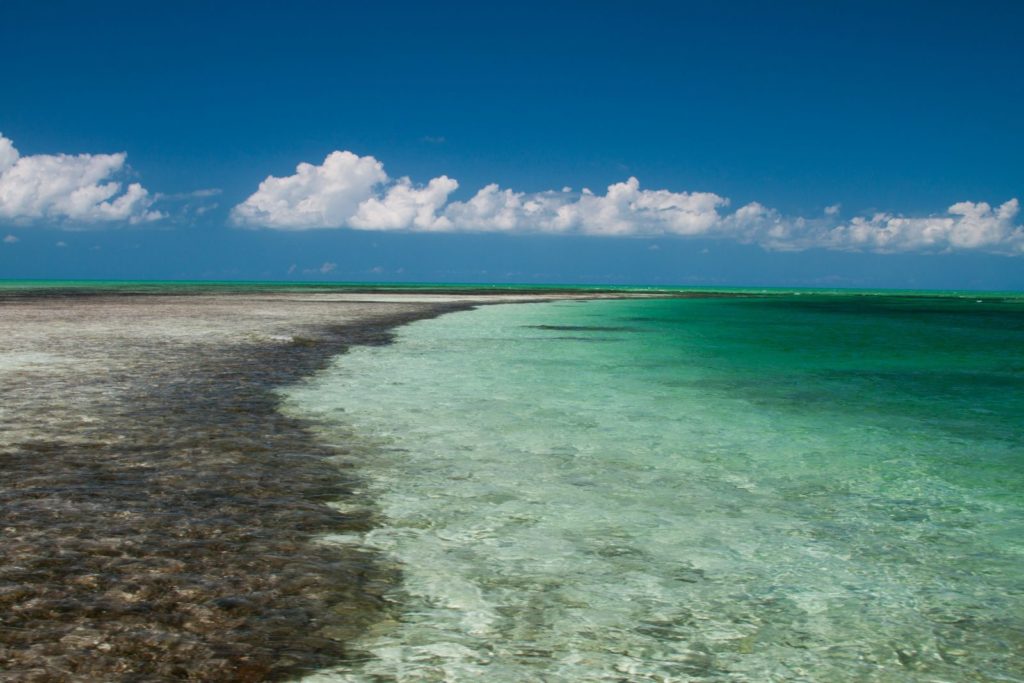 Currently, Florida’s fisheries are managed using bag limits, slot sizes and seasonal closures, but we are still seeing a downward trend of many recreationally harvested and catch-and-release only species. This is because Florida has lost a vast amount of coastal habitat to development, and altered freshwater flows, and pollution from nutrient runoff and contaminants entering the watershed have further degraded habitats. The only way to protect and improve our fisheries is through habitat conservation and restoration. To do this, Bonefish & Tarpon Trust is collaborating with the Florida Fish and Wildlife Conservation Commission (FWC) to include habitat in marine fisheries management plans. This new approach includes identifying and restoring degraded nursery habitats and protecting healthy habitats that remain intact.

We can’t afford to wait any longer to prioritize habitat restoration and protection. The loss and degradation of Florida’s habitats is impacting our fisheries:

The amount of appropriate habitat determines the population size for each species. In other words, as habitats are lost, the ability of the ecosystem to support healthy fish populations declines. 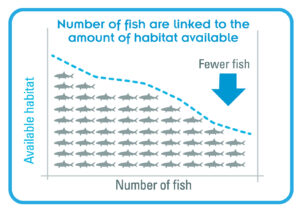 Of special concern are nursery habitats that support juvenile fish. For many fish species, the amount of healthy nursery habitat determines the adult population size. Often, these habitats are in close proximity to human impacts. Unlike adults, juvenile fish can’t just move to other habitats if their nursery habitats are degraded or destroyed. It takes years for juveniles to grow large enough to be adults in the fishery. This means that many of the declines in fish populations we are seeing today reflect loss of habitat in the past. These declines will continue unless habitats are protected and restored. We are not only working to conserve the fishery of today, but to restore the fishery for tomorrow.

Saltmarsh: Saltmarshes play a crucial role in supporting the estuarine food chain by providing habitat for invertebrates (crabs, shrimp, oysters), nursery habitat for fish, and are used by fish when inundated by high tides. Healthy marshes also filter freshwater runoff, ensuring clean water for fish and their prey and habitats, like seagrasses.

Seagrass: Seagrasses provide bottom stabilization as well as food and habitat for many species. About 70% of fish species in Florida spend at least part of their life cycle within seagrass communities. Seagrasses are also essential for maintaining good water quality.

Oysters: Oysters are capable of filtering up to 50 gallons of water per oyster per day, providing a natural filter for coastal waters. They also provide habitat for hundreds of species, including juveniles of economically important fish, as well as their prey.

Water Quality: Fish and their prey are very sensitive to the quality of water in which they live. Contaminants, too many nutrients, herbicides, pesticides, other pollutants, and changes in patterns of freshwater flow reduce the survival of sportfish and their prey, and make some areas uninhabitable.

The major declines in Florida fish habitat have a compounding effect on the state’s economy. Recreational fishing is important, not only because so many of us enjoy this sport, but also because it is the backbone of many regional economies throughout Florida. For example, in 2016, recreational and commercial fisheries in Florida generated $27.8 billion. This economic impact depends on healthy habitats. Habitat must become the center of fisheries management.