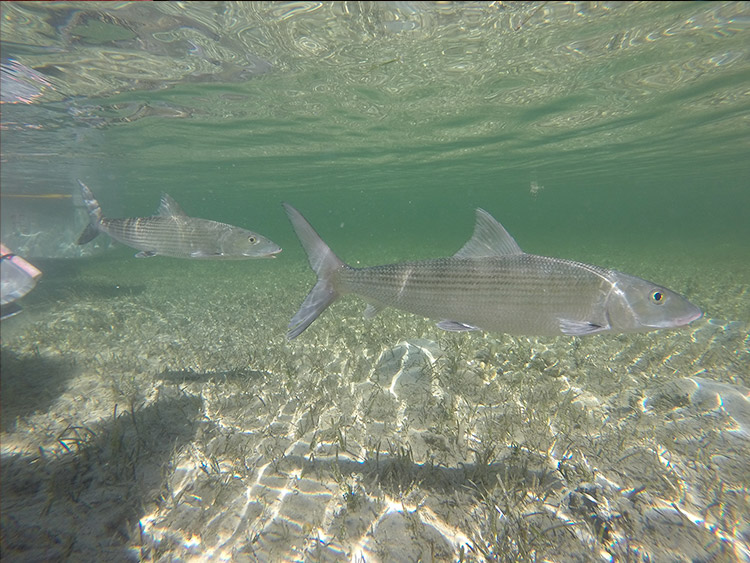 It was first documented that bonefish migrate offshore to spawn in 2011. Since that time, we’ve not only learned more about bonefish spawning, we’ve also learned a lot about bonefish movements and habitat use. Recent findings include:

Working with colleagues and fishing guides in The Bahamas to identify PSA sites, we have now confirmed 8 PSA sites. In 2015, three of these sites were included in new national parks that were designated by the Bahamas National Trust (BNT). For the PSA sites that have not been included in new national park designations, we will work with BNT and others to develop site-specific protections for these locations. The main threats to bonefish spawning in The Bahamas are habitat loss at the PSA site and along the spawning migration pathway, and illegal harvest be netting.

We are now also working in Belize and Cuba to identify PSA sites, and as we identify sites we will work with local regulatory agencies to protect them.

Stay tuned to BTT.org for updates on this important science and conservation effort.