A bonefish pre-spawning aggregation in The Bahamas. Photo: Robbie Roemer

Spatial management, which includes protected areas, is an important tool for marine conservation. Protected areas work best when they are part of a network, and provide protection for the needs of different species and for the multiple life stages of species. For example, bonefish use different habitats as juveniles and adults, and adults undergo long-distance migrations from their home flats to spawning locations. To design protected area networks for bonefish conservation, we need to identify the essential habitats and determine how they are connected.

Bonefish support economically important fisheries throughout the Caribbean Sea and tropical Atlantic Ocean. The recreational fishery, called the flats fishery, has an annual economic impact in The Bahamas exceeding $169 million. Bonefish are also part of flats fisheries in Florida and Belize, which have economic impacts exceeding $465 million and $55 million, respectively. Since the fisheries are primarily catch-and-release, the biggest threats to bonefish are habitat loss/degradation and water quality decline.

The findings in this study are essential for improving marine spatial management in The Bahamas.

As part of the seven-year-long Bonefish Reproduction Research Project headed by Florida Atlantic University and Bonefish & Tarpon Trust scientists, the models were based upon real observations of spawning events in South Abaco that occurred in 2013, 2018, and 2019. To protect the bonefish populations in The Bahamas, additions should be made to the existing protected area network. Findings from this study suggest new and expanded protected areas that include:

The Bahamas already does a good job protecting important habitats: existing protected areas already protect nearly 86.5 billion acres of sea and land. The conservation park expansions suggested by this study would add additional marine habitat that is targeted at the bonefish fishery, and for the first time ever, conservation of bonefish nursery habitats — the foundation of a healthy fishery. 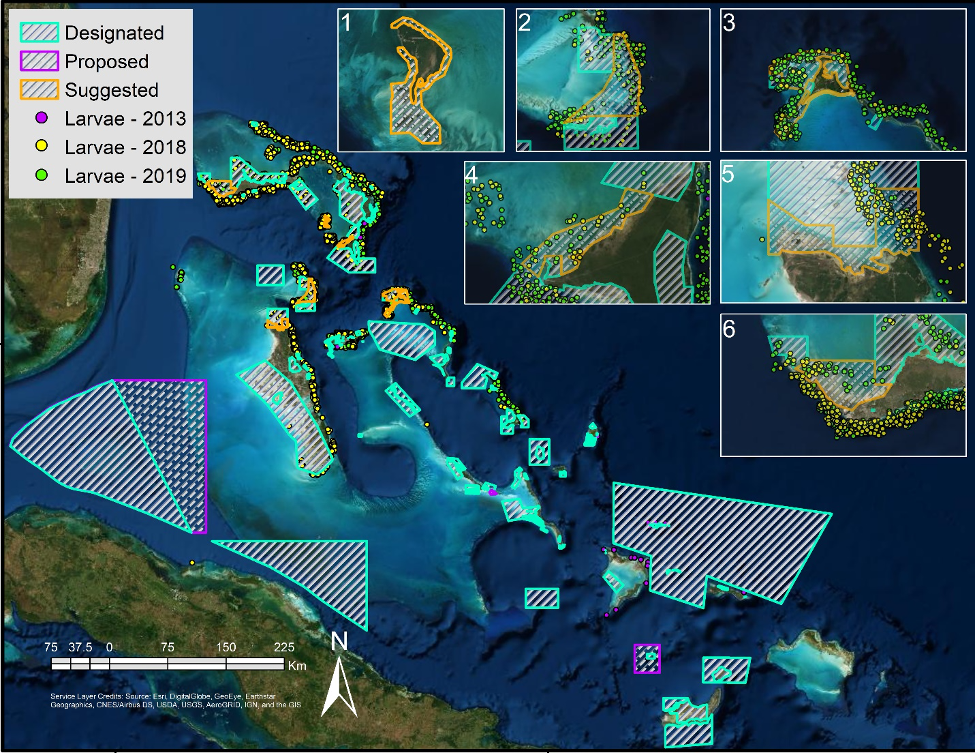