In our first post in this series, we overviewed the Florida Keys National Marine Sanctuary’s proposed new management plan and what is at stake. This management plan will influence access and activities in the Florida Keys for the next 10-20 years. Our second post described the marine zones proposed by the Sanctuary that will offer meaningful habitat protection to the flats fish, while still facilitating flats fishing. In this third post of the series, we discuss the additional zones that should be added to the Sanctuary plan to ensure the habitats that support our flats fish are afforded the protection they need to keep our fishery viable through the future.

Working independently, Bonefish & Tarpon Trust, Lower Keys Guides Association (LKGA) and the Florida Keys Fishing Guides Association (FKFGA) separately developed marine zoning recommendations to protect critical areas from different perspectives. LKGA and FKFGA proposed marine zones to protect the flats and fish based on their membership’s experiences on the water. Bonefish & Tarpon Trust proposed marine zones based on science that would maximize protection for the shallow waters and the flats fishes. Not surprisingly, there was considerable overlap between BTT, LKGA, and FKGFA recommendations. The additional zones we are proposing are endorsed by both guides associations, protect the economics of the flats fishing business, and maximize conservation benefits.

First, we endorse all LKGA proposed shallow water zones. LKGA proposes a series of more restrictive management (i.e. no-motor or idle speed) zones in the “lakes” west of Key West, Lower Harbor-Mud Keys area, Waltz Key Basin, Turkey Basin, the Rattlesnake Lumps, and the Howe Key-Annette Key area. Based on our Project Permit’s acoustic tracking research, these zones occur in the areas that our tagged flats permit most frequently visit and where they spend the most of their time. All of the LKGA zones, individually afford protection to over 2,000 acres of shallow waters, enough to cover bonefish home ranges, and high use permit areas. These areas zoned for protection produced numerous world records for permit and tarpon, including Del Brown’s all tackle world record permit. And more recently, Nathaniel Linville’s world record permit caught using a two-pound tippet.

Moving east, in similar fashion to the LKGA zoning recommendations, we propose four additional no motor zones surrounding Johnson Keys, Horseshoe Key, and East and West Bahia Honda Keys and surrounding bars. These areas support productive bonefish, permit and tarpon fisheries and are home to nesting and roosting birds. Towards the Bahia Honda Keys, the flats there are severely degraded by propeller scarring. Affording these areas protection, should allow those flats to recover, and proactively protect areas where more and more people on the water are damaging shallow water habitats. The zones we propose are also each over 2,000 acres in area.

In the Upper Keys, we endorse the Florida Keys Fishing Guides Association no motor and idle speed marine zone recommendations. These zones occur on the bayside Tavernier Creek flat, and the shallow waters surrounding Shell Key, Lignum Vitae, and Indian Key fills. Together, these areas are historic bonefish flats and helped Islamorada build the reputation of being the fishing capital of the world. Science also identifies these habitats as important. We funded a study to characterize the long-term decline in the Upper Keys bonefish fishery. Through this study, we identified areas where bonefish declined first, and areas that supported a bonefish population during the peak of the decline from 2008 2012. Shell Key, Lignum Vitae, and Tavernier Bay side, were some of the only areas to support a fishable bonefish population when bonefish populations were at their lowest. Further, on these flats, bonefish seemed to be resistant to the extreme cold spell in 2010. Given that these flats provide optimal conditions for bonefish, and may serve as refuge and a source for repopulation and recolonization to other areas following disturbance, additional protection to these flats is necessary. Despite their importance to the flats fishery, nearly all of the flats are moderately to severely degraded by propeller scarring.

If the Sanctuary includes these additional zones in their revised management plan, it would greatly reduce stress on the habitats that support our fisheries, and give our fisheries an opportunity to improve. In the next post in the series, we will discuss zones we think are inappropriate. 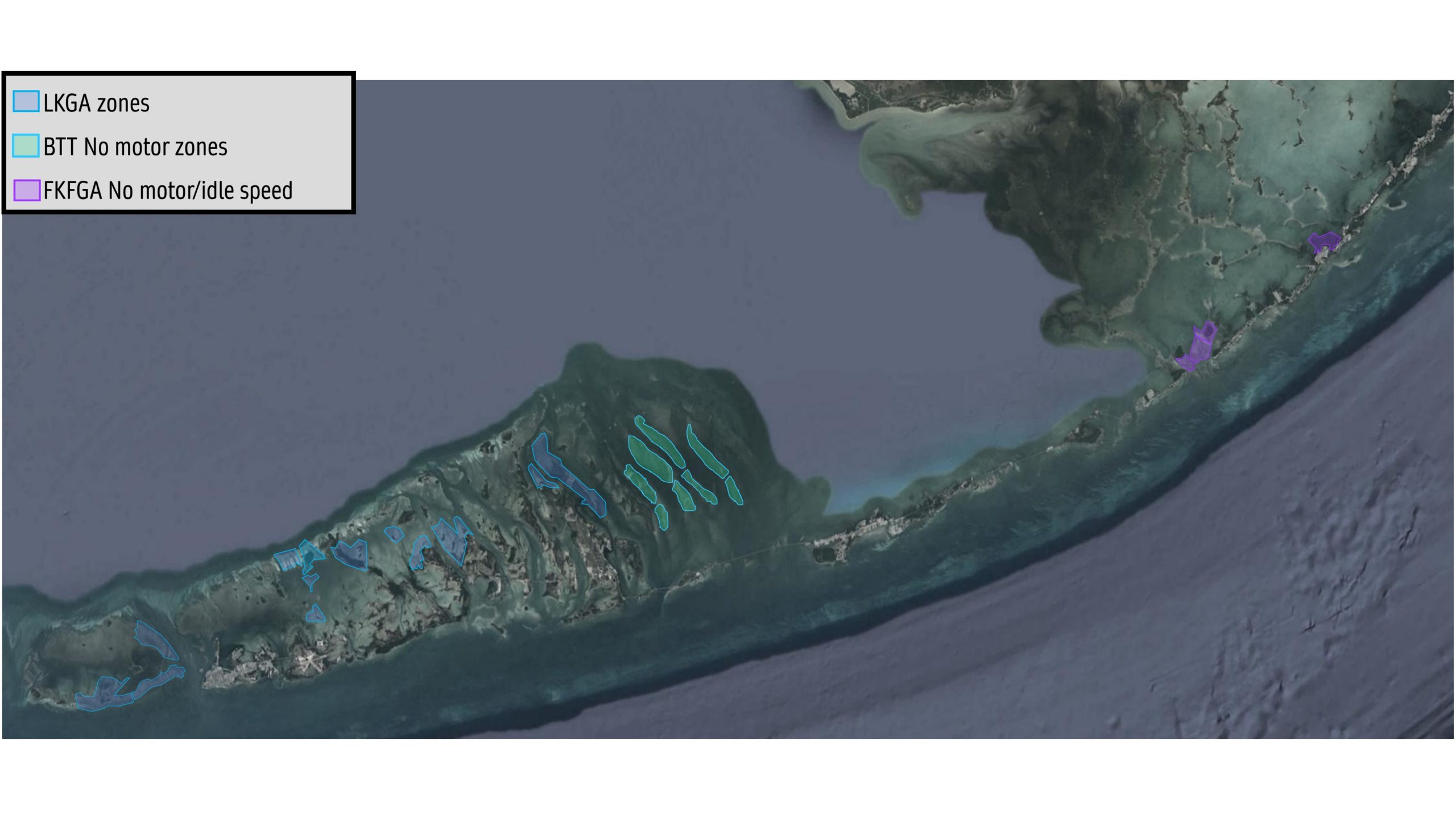