Over the last decade, BTT has conducted multiple studies to best inform Sanctuary regulations to ensure that bonefish, permit, tarpon, and their habitats are protected. In general, the Sanctuary regulations should protect productive flats that support adult bonefish, permit, and tarpon. Importantly, the protected areas should be large enough so that flats fish can move through their day to day lives without encountering stressors like boat groundings. For instance, from our tagging research in the Bahamas, we learned that bonefish need about 2,000 acres of healthy flats as a home range. Along with protecting the adult habitats, juvenile habitats and spawning sites must also be protected.

Most importantly, flats fishing is compatible with sanctuary conservation goals. This means the Sanctuary and other regulatory agencies have an obligation to facilitate the activity rather than restrict access. Flats fishing leaves almost no marine debris like hooks, fishing line or lead weights on the reef or in the mangroves. The fishery is predominantly catch and release, and BTT science shows that if catch and release best practices are used, and sharks are not present, post-release mortality is low. Lastly, flats fishing is quiet, and no study demonstrates that flats fishing disrupts roosting or nesting birds.

In short, marine zones that benefit the flats fishery need to be in the right spot, expansive, and allow flats fishing while limiting stressful marine activities. There are several zones in the Sanctuary draft management plan that will benefit the flats fishery. In the Sanctuary plan alternatives #3 and #4, 13 idle speed and no motor zones are proposed in the shallow waters from the Marquesas to Key Largo that will benefit our fishery (illustration below). It’s important to note that no motor zones the sanctuary proposes differ from those in the Everglades National Park. No motor zones in Everglades National Park require that combustion engines must be removed from the transom of the skiff. However, in the Sanctuary, no motor zones prohibit the use of combustion engines, but those engines can remain on the transom of boats. Thus, Sanctuary no motor zones are essentially poling and trolling motor only zones.

The Sanctuary proposes to add 1,200 acre idle speed zone in Loggerhead Basin to reduce stress by boats that run on plane over tarpon that lay up in this area in the thousands. About 10 miles northeast, the Sanctuary proposes another idle speed zone east of the Content Keys. This idle speed zone is proposed to protect a very productive bonefish flat. The zone is over 2,000 acres, enough area to protect the population of bonefish that live there. The idle speed designation will reduce propeller scarring from boats that are trying to take short cuts from the Gulf of Mexico to backcountry channels. Moving east, on the ocean side of Marathon, a once productive bonefish flat, is zoned as a no motor (pole-troll only) zone. The flat is frequently run over by boats on plane, which have caused 20% of the flat to be degraded by propeller scarring. Moving to the Upper Keys, 4 no motor zones are proposed on iconic ocean side flats. These include the Tavernier Key and Snake Creek flats. These flats are severely degraded by propeller scarring, and the no motor zone designation would give these flats an opportunity to heal.

The seven zones we highlighted and the 6 others shown on the map, are a good start to reducing damage to our flats from being run over by boats on plane. We appreciate the Sanctuary’s attention to these areas, but more area needs to be protected to ensure our flats fishery will be productive. In our next post we will overview additional zones that should be added to best protect our fishery. 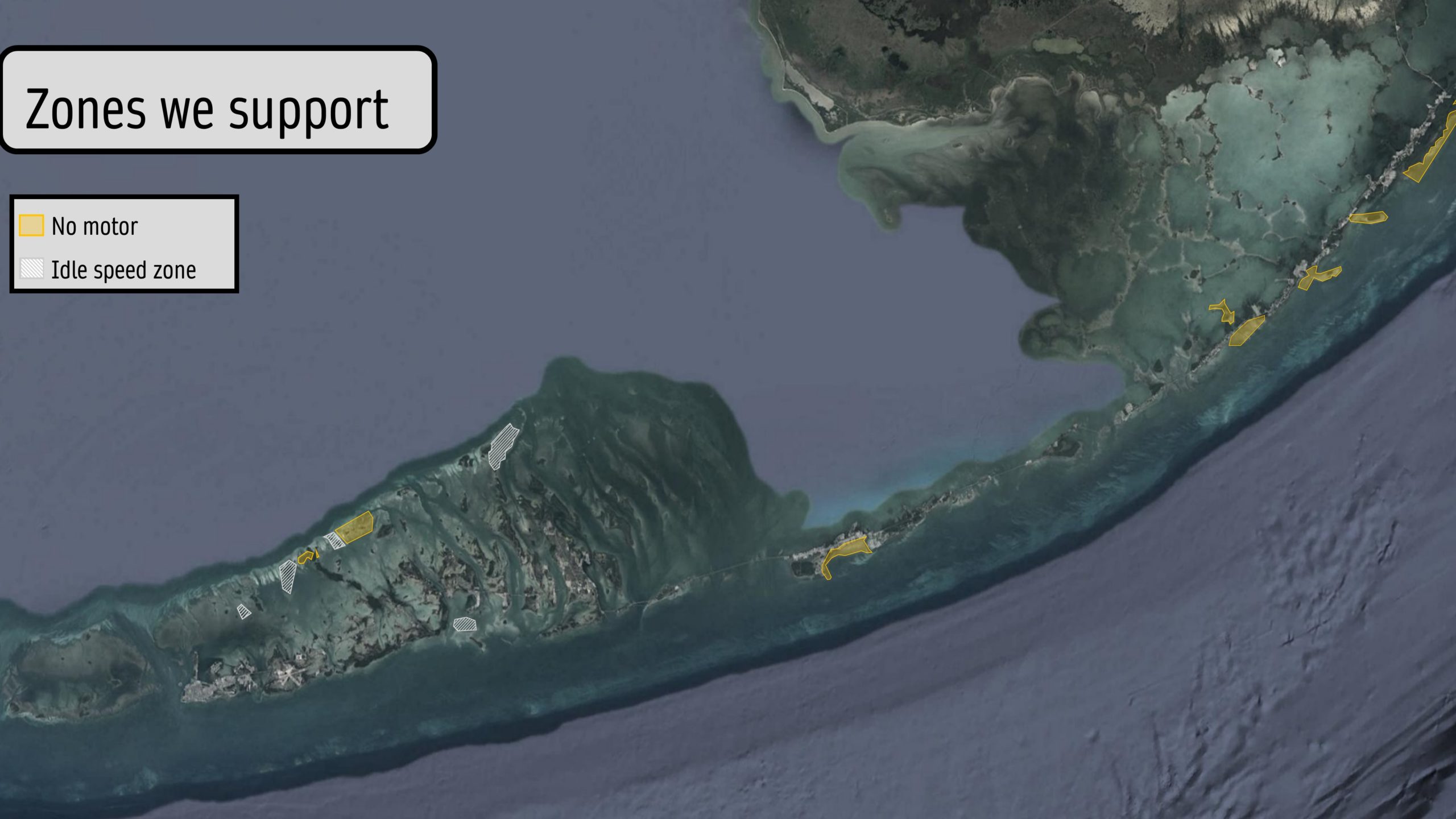