In our first post, we overviewed the Florida Keys National Marine Sanctuary’s proposed new management plan and what is at stake. This management plan will influence access and activities in the Florida Keys for the next 10-20 years. The second post described the marine zones proposed by the Sanctuary. The third post outlined the additional zones proposed and endorsed by Lower Keys Guides Association, Florida Keys Fishing Guides Association, and BTT that will offer meaningful habitat protection to the flats fish, while still facilitating flats fishing. In this post, we will discuss the Sanctuary proposed zones that we oppose.

In review, zones that benefit the flats fishery are those that protect productive flats, juvenile habitats, and spawning sites. Those zones need to be big enough to allow the population of fish that live there to go through their day-to-day lives without encountering additional stresses. Most importantly, since flats fishing is compatible with sanctuary conservation goals, regulations should facilitate flats fishing, while limiting other stressful marine uses. In the Sanctuary’s proposed plan, there are 13 marine zones that meet these criteria. However, there are over 33 zones that provide no benefit to the habitats or fish, and needlessly restrict access to flats fishing.

To start, we are in strong opposition of the Tennessee Reef-Long Key Sanctuary Preservation Area, because it takes away low impact tarpon and bonefish fishing opportunities without demonstrating that these activities are counter to the goals of this Preservation Area. The zone extends from the shoreline of Long Key to the reef tract. The intention of this proposed zone is to protect reef fishes and lobsters throughout their lifecycle, and also protect corals. However, this zone inadvertently takes away one of the world class areas to catch tarpon and bonefish, even though fishing for bonefish and tarpon has zero impact on corals, reef fishes and lobsters. We recommend the Sanctuary modify this Preservation Area by converting part of the area to a tarpon/bonefish fishing buffer zone that extends from the shoreline to a determined depth that would allow flats fishing to continue. This buffer zone could be regulated as catch and release only, or no motor; both restrictions would facilitate flats fishing while protecting reef fishes, lobsters and corals.

The Sanctuary proposes 30 no entry zones West of Marathon. These zones occur over productive shallow water areas like Northeast Marquesas flats, Horseshoe Key, and East and West Bahia Honda Key. Apart from the Marquesas Key no entry zone, which is mostly land, the average size of these no entry zones are less than 100 acres, far smaller than the area needed to protect a population of flats fish. Most importantly, no study exists demonstrating that flats fishing, either by push poling or with the use of a trolling motor, has adverse impacts on wildlife and habitats that these zones are meant protect. Therefore, restricting access to flats fishing is in direct conflict with federal mandates to facilitate recreational fishing when it is proven to be compatible with conservation goals.We suggest that these zones be all together eliminated, or be changed to less restrictive no motor or idle speed zones.

In the Middle Keys, two transit only (no fish) zones are proposed on Redbay Bank and Channel Key Bank. These banks are very productive permit and tarpon areas. The foundations of these banks arePorites (a type of coral) rubble, which can be damaged very easily when struck by boats either at idle speed or on plane. The proposed transit only designation would only partly reduce the stress on these habitats, as boats could still drive over these areas. And importantly, the transit only zones would needlessly take away fishing access while still allowing boats to transit over these fragile habitats. We urge the Sanctuary to re-zone these banks as no motor, which would facilitate low impact flats fishing while reducing combustion engine impacts.

In short, these zones will take away important fishing opportunities, while providing no benefits to our fish or the habitats that support them. The Sanctuary management revision process depends on public input for guidance. This is why BTT’s position statement is so important. But it’s also essential that you—the guides and anglers who fish in the Florida Keys—provide comments and recommendations. Your voice not only matters—it’s essential. Please make recommendations to modify these zones to best protect our fishery while still allowing them to achieve their conservation goals. 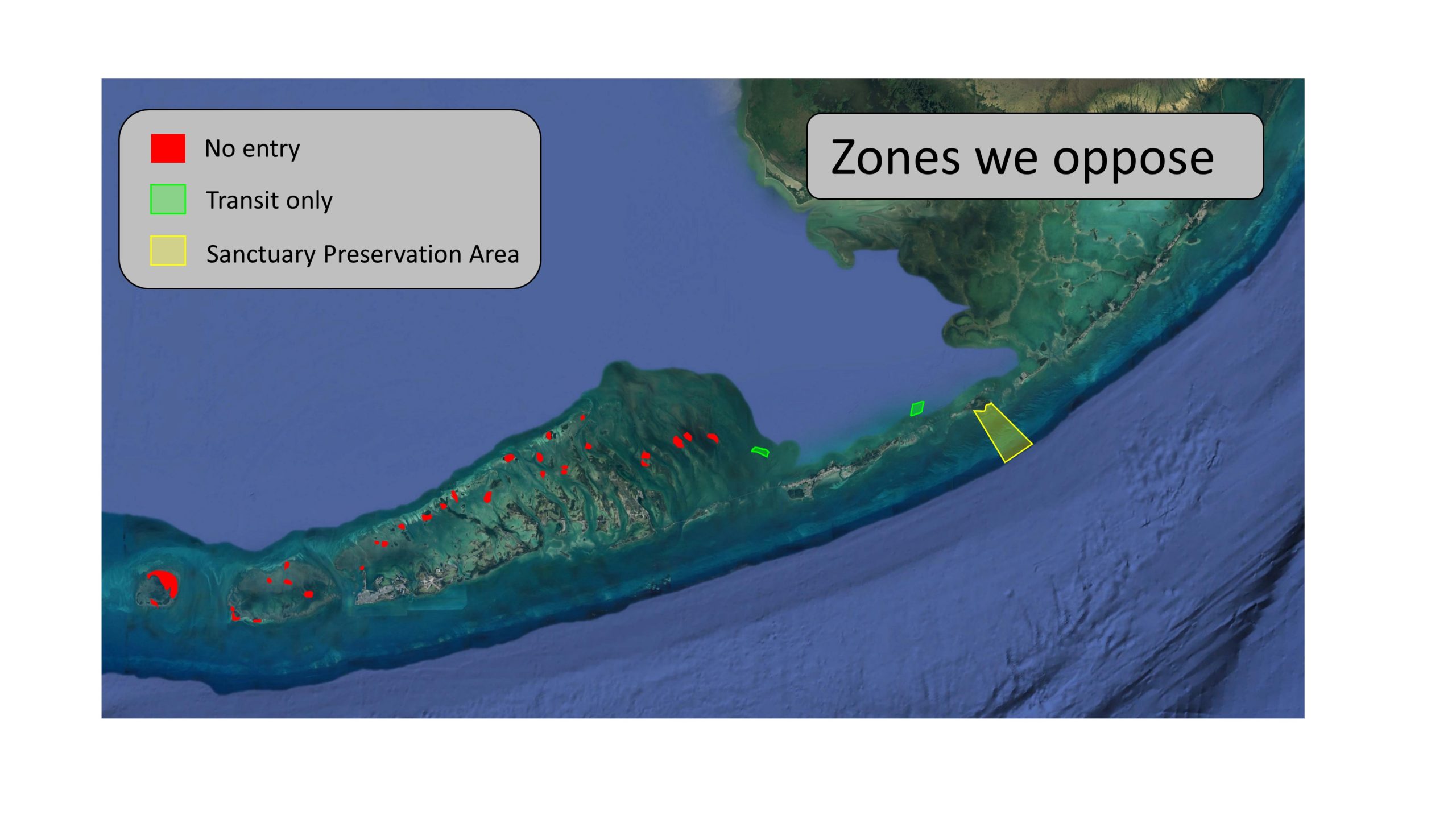