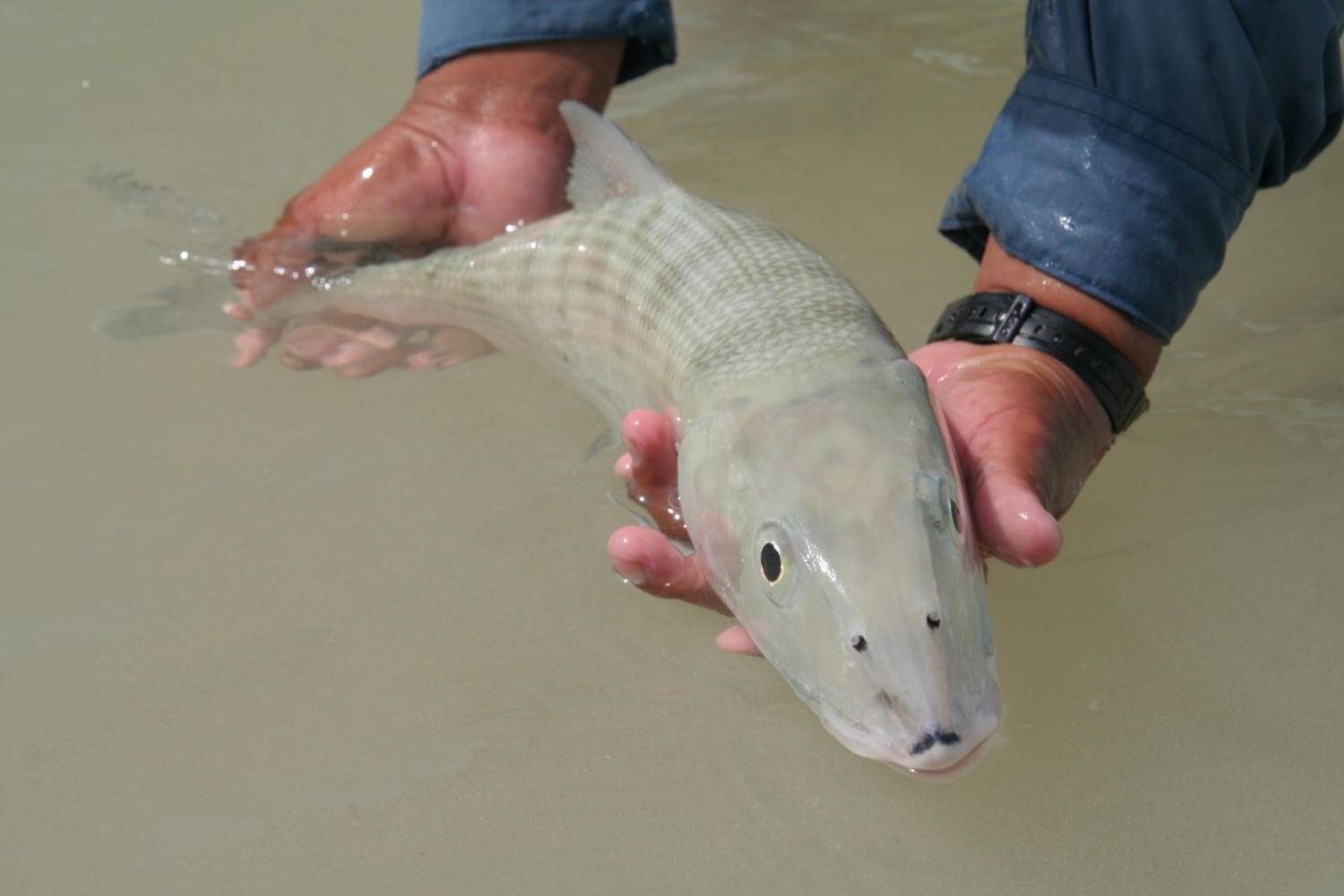 Update – this project has ended.

After releasing a bonefish and watching it swim away across the flat, do you ever ask yourself “I wonder where that fish came from?” In the short term, there’s a good chance the bonefish spent most of its life nearby – tag-recapture research shows that bonefish have a pretty small home range, except for seasonal migrations to spawning locations. But in the longer term, we don’t yet know the answer to that question.

After bonefish spawn in deep water near full moons in winter, the larvae that hatch from the eggs drift in the open ocean for an average of 53 days. In that time, the larvae might remain in local currents and ride up onto local flats to become juveniles. Or they might get caught in currents that transport them to locations far removed. The extent that bonefish result from local vs distant spawning locations is an issue of major conservation concern: Is local conservation enough, or do we also need to act at a larger scale? This is especially true for the Florida Keys, which has seen a major bonefish population decline in recent years – to what extent is this due to local issues vs bonefish population declines in other locations, locations that provide larvae that travel to the Keys?

In collaboration with the Florida Fish and Wildlife Conservation Commission, University of Massachusetts, Cape Eleuthera Institute, and Fisheries Conservation Foundation, Bonefish & Tarpon Trust launched a comprehensive bonefish genetics study in 2014. The goal of this study was to analyze the genetic population structure of bonefish throughout the Caribbean and Western Atlantic to determine the extent that bonefish populations in different locations are related. This information will help us to decide how much we have to focus on a regional vs local conservation strategy.